Story of Hope: From Fearful Victim to Confident Boy

Story of Hope: From Fearful Victim to Confident Boy

Little *David’s life story started out as a nightmare. He was born with fetal alcohol syndrome, low muscle tone and a below average IQ. He was found under a bridge as an infant and placed in a foster home. Living in a house with a group of boisterous children unfortunately resulted in constant bullying, creating a terrified and hopeless boy.

His despairing chapter however turned a page when David joined one of Valcare’s member organisations, the Amado Animal Assisted Therapy Programme, three years ago. Initially he was frightened, introverted and extremely shy. Because of his low muscle tone he couldn’t play with other kids, clamber over poles or jump on the obstacle course. When the facilitators engaged with him he downheartedly answered: “I guess that’s how things have to be…”.

He was also scared of the horses but with the patient love, guidance and support of the staff, he overcame his fear. He formed a special bond with the majestic animals and they with him.

A group of children listens eagerly to the facilitator at Amado.

After his bond with the horses was established, David blossomed. He became independent and regained his self-confidence. His self-esteem grew from zero to superhero. Before he joined the programme little tasks took him forever to complete. Now, he was able to finish them quickly and felt so proud of himself. He learned to tie his shoe laces and assisted the younger kids who struggled with their assignments. His personality also changed. He became spontaneous, popular and started standing up against the bullies.

David now rides a horse on his own and can climb poles and obstacles like his peers.

“What pleases me the most is how happy David is when he rides the horses. He is working on so many different aspects while riding but yet creates a bond with the horses that is completely unexplainable. It’s such a joy to witness,“ says Estelle Joseph, Assistant Therapist at Amado.

Riding has given David a space where he feels worthy and in control. His new poise has enabled him to be more successful in all aspects of his life. He once thought he would end up in a school for special needs, but he has progressed so much that he is currently in Grade 1 and doing very well. On top of his achievements he was also adopted into a loving and caring new home.

“Amado is a place where children are allowed to be themselves. We strive to inspire and lift those with special needs back into the saddle of life, with the healing power of horses, says M’lani Basson, Owner of Amado.

At Amado they believe that if you treat a child as a bird with a broken wing, they will never learn to fly. So instead they choose to inspire, empower and uplift them. Amado Animal Assisted Therapy is a place of change and everyday miracles.

The healing power of animal interaction is demonstrated at Amado.

Amado Animal Assisted Therapy Riding Centre is situated on a smallholding in the picturesque Paarl. Here, children like David, with severe disabilities are given the opportunity to grow physically, mentally and emotionally through interaction with horses. This experience for a disabled child can be the first step, or rather, trod on the road to recovery.

And this is exactly what happened to David. His story demonstrates the power of how the human-animal connection, consistency and care, can create positive change.

Most believe that horses are something for the rich or privileged to enjoy, but that’s not the case. At Amado young riders are just as unique as their stable, and each of them has a story to tell. With many of them coming from poor backgrounds, they haven’t had a chance to ride a horse, much less care for one.

The highlight of the kids’ day is getting to ride the beautiful horses at Amado.

By sponsoring theraphy for a rider for an annual R5000 or part thereof.

Apply for a mySchool card with Amado as beneficiary.

With their feed-a-horse programme a donation of R120 can feed their horses for a day.

If you would like to get involved with Amado and the work they do, get in touch with Valcare at admin@valcare.org.za.

*A pseudonym was used to protect the child’s identity.

Over R1.8m invested in six new classrooms for Nederburg Primary 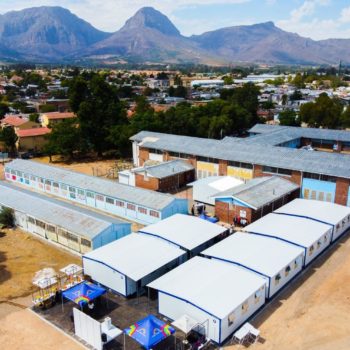 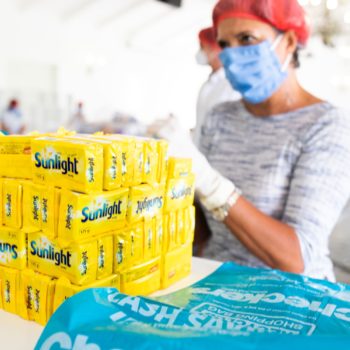