An initiative which was created in 2016 to bring rugby talent to light amongst under- resourced primary school learners in the Western Cape came into its own on the 4th and 5th of May during the highly successful 2018 tournament.

On home turf, Klapmuts Primary School was victorious against Paarl rivals Paulus Joubert, beating them 26-17 in the final match of the Klapmuts Primary Sevens Tournament. Ronnie Frans, headmaster of the winning school, said: “This tournament has, in its short lifespan, had a tremendous impact on our learners and has exposed them to the valuable input that playing sport brings to our lives. The evolution of the tournament is evident in the involvement from participating schools and the substantial contribution from sponsors.”

The Val de Vie Foundation, a proud sponsor of the tournament, has worked for two years with Klapmuts Primary, Boland Rugby and Caylix Sport to develop this opportunity for local players, in order to widen their horizons and realise their dreams in playing in a professionally organised tournament. The Val de Vie Foundation also supplied meals to the players, team management, coaches and teachers for the duration of the tournament.

Springbok Sevens Rugby heroes and heroines showed their support to the 16 participating teams, some of which had travelled from as far afield as St. Helena, on the Saturday. James Murphy, a Blitzboks player who debuted earlier this year in the Hong Kong Sevens, encouraged the up-and-coming players from the side line with tips on improving their game.  “Talent should be nurtured from a young age, and tournaments such as the Klapmuts Primary Sevens is indicative of the future of South African rugby. I would love to see these kids play against mainstream primary schools down the line and create a culture of support and exposure on provincial level,” remarked James.

Springbok Women’s Sevens players, Christelene Steinhoebel and Marithy Pienaar, were also in attendance, advocating the inclusion of an all-girls team in next years’ tournament. In the final match of the tournament, Christelene provided live running commentary of the game, much to the delight of the spectators at a packed Klapmuts Stadium.

“This is a benchmark for the development of rugby, but it also provides a purpose for children – keeping them off the streets and teaching them that playing sport is more than just about winning,” commented Le Roux Conradie, Chief Executive Officer of event partners Caylix Sport.

The winning team, Klapmuts Primary, not only had the opportunity to lift their hard-earned trophy up high and proudly wear gold medals around their necks, they will also be overnighting at the Stellenbosch Academy of Sport (SAS), which is the home of the Springbok Sevens Mens and Ladies teams and partake in a Sevens rugby clinic the next day.  They will be joined by the runners up, Paulus Joubert, for the SAS experience. Klapmuts Primary also received tickets to Newslands Stadium and to the Springbok Experience Museum in the V & A Waterfront, further fuelling the dreams of these rising stars. 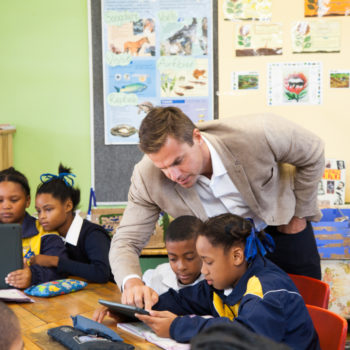 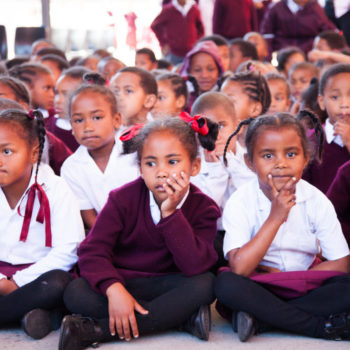